Understanding the Role of Prototyping in App Development 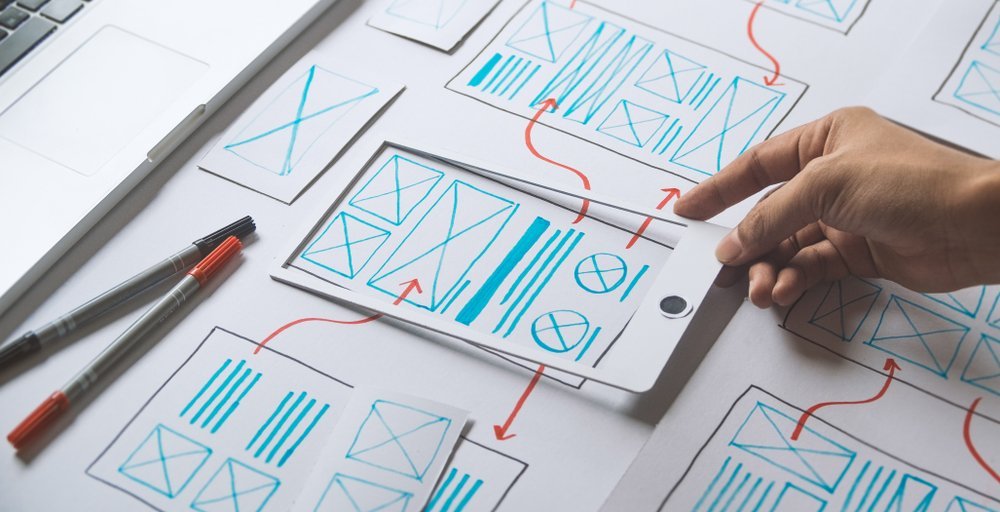 Mobile app prototyping is a form of user research to validate the strategic design direction of a product. In mobile app development, prototypes build an understanding of the product's look and feel.

Most developers come to know the “look and feel” of their app with either beta version or when their app is sent for testing. But it can’t be denied that the “last minute” changes are often expensive and stress out your team.

Prototyping has become an important part of the development of a mobile app or software.

Mobile App Prototyping lets you test your product way before developing it and addressing any issues in advance.

It involves rounds of reviews, discussion, and iteration among designers, developers, and stakeholders. This helps determine the flow, design, and function of the app even before the development phase.

But how the prototype works?

A prototype can be as simple as a sketch or whiteboard drawing or as complex and fully functional as an actual app.

You can draw the flowchart of your idea on paper and ask your manager to review it. This is the most basic form of a prototype. Or you can draw that on the whiteboard.

To make it a fully functional app with all the look and feel of the actual product, you need high fidelity tools. Such tools let you create a clickable prototype being equipped with gestures, toggle, and scroll.

Here we have highlighted the role of prototyping in app development with the points given below.

There are many clients or investors who have little to no knowledge about wireframes, codes, buttons, and other things. The only thing they can understand better is the fully functional version of the app. With mobile app prototyping, you can create a clickable test version that can almost be similar to the actual product. This way, these people can see and test your product themselves.

Not getting timely reviews can lead to unnecessary delays in your product. After all, you need approval from others before moving to other steps. Based on the reviews from other members, you can make changes.

Luckily, many mobile app prototyping tools provide you platform where you can get your design reviewed by others. For example, you can keep your product managers, developers, and clients in the loop. They can view a mobile app design, which is functional and clickable in all aspects. This ultimately cuts the feedback cycle, and it is easy to access all people. Modification can be done much more quickly, as all process is being performed in design rather than in development. Iterations of the prototype can be carried out many times per week.

It means that clients can feel free to request multiple revisions until the app looks great. Continuous discussions between designers, clients, and developers ensure that the solution suggested in the prototype will be acceptable for all parties when the project gets into the development phase.

Minimizing the Hassles of Last-Minute Changes

What if the result doesn’t meet the originally intended requirements?

Things have to be done from scratch. Rebuilding an app takes a heavy toll on a designing company's energy, morale, and finances.

Even if the prototype goes through several rounds of feedback and tweaks, the results won’t disturb as a “go with the flow” process.

By adding the prototype phase, the risks and surprises can be faced, extra tweaks can be done, the project can be started again and ageing—but it is sure that it leads to a wonderful app within time and budget.

Besides getting feedback from your team and client, you can also test the prototype with real users. For example, you can send a clickable model to some of them. This way, you can find if your idea will work, that’s before developing the actual model. For example, the test lets you know how they can feel with the app.

Mobile App Prototyping lets you test your ideas early on so that you can determine the look and feel of the actual product. Building a functional prototype enables you to work with the users or your clients before you launch the final product. Above all, the prototype removes the glitches like last-minute changes, delayed approvals, and sluggish feedback cycles.

However, there are some scenarios in which developing a prototype is not that important. For example, the requirements are well-documented and completely known. But if things are not clear and you are intimidated by the process and potential risks or unsure about the specific concern, developing an app prototype is an optimal solution to build a successful app.

What do you think? Let us know by commenting below!