What Is The Difference Between UI Design, UX Design, And Interaction Design? 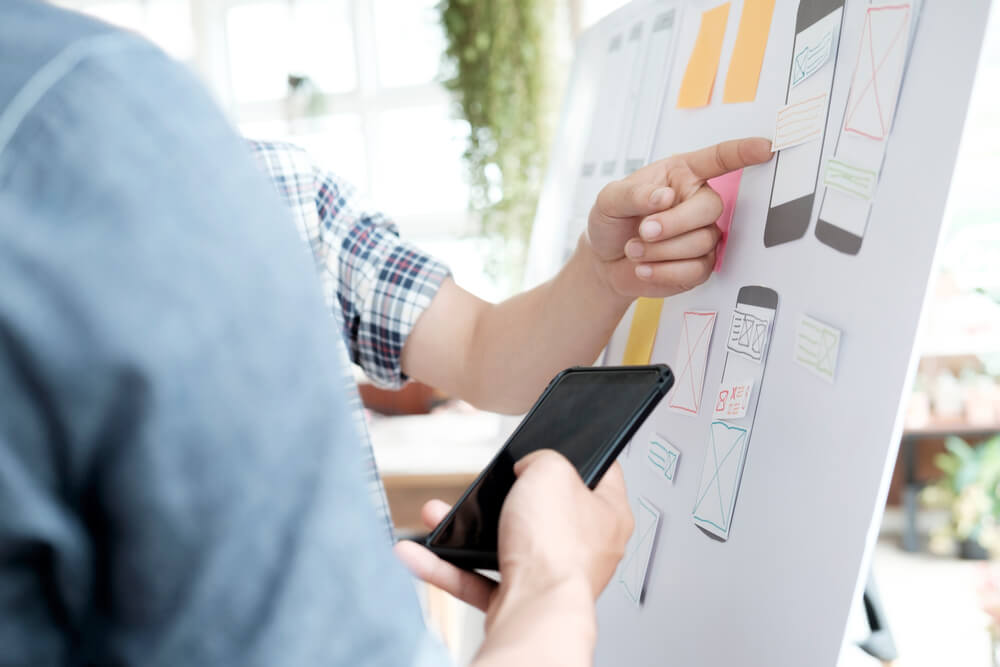 Every day there are billions of people using the internet and visiting web pages. User Interface design, user experience design, and interaction design make this process much more bearable and friendly to users.

However, there is so much controversy surrounding the actual definitions of the fields as mentioned above of design, making them a bit complicated to understand. Let us get into finer details of what they entail for a better picture of what they are actually about.

a) Design is a very complex aspect of the digital world. Several professions related to the digital and tech world are almost not clearly understood.

b) User interface design (UI), user experience design (UX) and interaction design (IxD) are some of the most common professions or skill sets in the design world today.

c) They are all about giving the user a great experience, but they have slight differences in what exactly each one is all about.

d) In the industry today, it is quite common to find companies defining for themselves what these professions are all about, based on what they put out as job descriptions as per their needs. However, some fundamentals are done by each of these, making them all unique.

e) The UI design is mostly concern with the look of a product, UX with the feel of the product and IxD is concerned with the overall relationship between the system and the user.

Also Read: What is the difference between Product Design & UX Design

In the design industry, UI design, UX design, and interaction design are interrelated and are sometimes even used interchangeably by professionals. This makes them so alike yet so different at the same time.

One thing is certain despite the blur among the three: they are all aimed at giving the user the best experience when using a product. How easy it is to maneuver the product and achieve their goal therein, solely lies on the dedication and work put in by these professionals.

It may also be interesting to note that very many professional agree that UI is a subset of IxD and IxD is a subset of UX. Any work done by IxD needs a UX designer to jump in there and follow it up with their input. This alone goes to show that the three fields are interrelated and that slack in one area can, in the long run, cause a problem with the product being developed.

To get a better understanding of these terms, let us consider the job descriptions you are likely to encounter if you go job hunting for these professions. They seem to tell the differences between the three, better than it can be put by even the professionals themselves.

UX design is about the feel on the interface to the user and its logical flow. They come up with patterns of interaction to be able to troubleshoot problems that may occur during a user's session and rectify, making them consistent and friendlier.

A typical day at work for a UX designer should look something close to this: user research, the design of aspects such as the user map and storyboard, wireframing and prototyping as well as testing of the prototype for usability.

An exciting development in tech is that you can prototype
from any digital device using tools provided by companies such as Savah App. Communication with product managers as well as other involved designers is another crucial role of a user experience designer, given that they all contribute to the ultimate success of a product.

The UI design is responsible for how an interface looks to the user. When we talk of the styles, fonts, color codes, and general outlay, this is the guy we are coming for. They put across the information and logic created by their counterparts, the UX designers, to give the end user a pleasant experience.

The thought process of the user interface designer should always be fixated on the user’s needs every time they are creating. Some common job descriptions under this profession include creating an interactive design that is of a good and quality design as per the users’ needs, designing of an interface that maximizes usability, creating an interface that is real to users’, increasing the level of user-friendliness of webpages by way of optimization and of course being in constant communication with other involved developers. As you may have noted by now, UI design is solely about the needs and problems of the users.

For IxD, it is important to note that it is different and separate from IA. IA is information architecture design. That said, interaction design is mostly about the usability of a product. If the user is in a position to get the information they need in a fast, smooth and straightforward manner, thank the interaction designer for the interactive environment, system, service or product.

In terms of job description, IxD is not as complicated as the others, but it also plays a significant role in ensuring the user receives a friendly end product. IxD involves the development of moving designs like animations. How the users interact with these animations also lies in the IxD’s court.

Aside from that, they also collaborate with the other designers of products for a wholesome and coordinated outcome. IxDs are also the advocates for users as they are tasked with predicting user needs, therefore, ensuring that every time a product is released into the market, it is relevant and addressing a need or want of the users.

User Interface design, user experience design, and interaction design are without a doubt interrelated, but they have their clear cut duties. A break-down in communication among them can cause a severe malfunction of the end result.